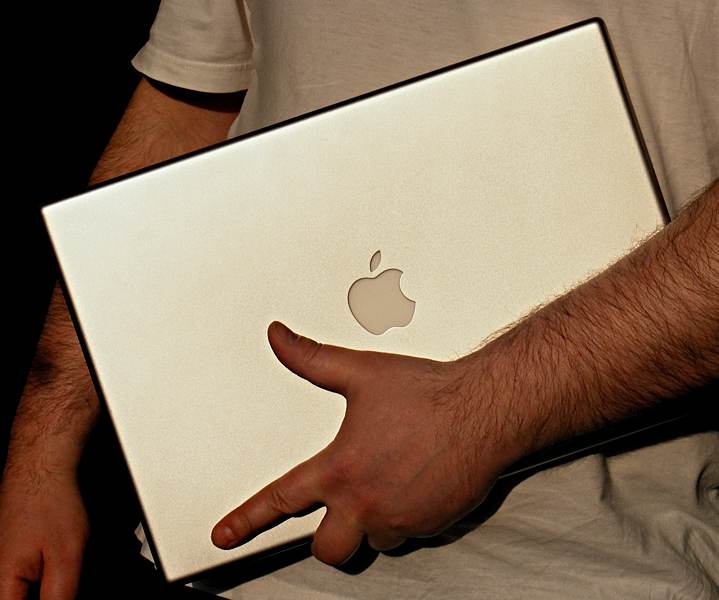 On April 30 I closed my IBM ThinkPad laptop and returned it to my old employer, took a short bus ride, and received my MacBook Pro from my new emloyer.  Since then I spent less than 30 minutes on my old Windows PC and worked exclusively on the Mac.

A big step after 21 years with DOS and Windows? No, no at all. I expected there to be some toothing pains, some awkwardness during the transition, some problems and frustrations. But no, none of that. I switched off the Windows laptop, switched on the MacBook and started to be productive almost instantaneously.

Apple and I go back a long way. In school I worked with Apple II computers during the early Eighties. In 1983 I saw my first Apple Lisa, the predecessor of the Macintosh. While owning Commodore and Atari computers (and in the early Nineties my first PC’s) I wrote newspaper and magazine articles covering Macintosh computers, and even wrote a book comparing the Macintosh to other computers.

But somehow I never managed to get my own Mac. The machines were to exclusive for my budget, and later I was firmly integrated in the Windows and Linux ecosystem, compensating lack of finances with inventive spirit and the willingness to spend hours on end building my own machines and troubleshooting incompatibilities. In addition to that, two “traumatic” experiences alienated me further from the Apple universe: a rather unsuccessful experience with Apple stock (bought during a period which Steve Jobs recently called Apple’s “Near Death Experience” – and worth many times its initial value had I held on to it), and the outcry of over a hundred angry Mac users regarding an article I wrote for the ZEIT Magazin.

I grew tired of Mac evangelists, tired of the almost sect-like attire of Mac aficionados. I got angry when Apple managed to make even my parents think they invented the MP3 player. And I got annoyed by the smug “I’m a PC – I’m a Mac” advertising. But now  can freely admit it: all the time I actually liked Apple, actually liked Macs, and would have loved to have one for myself.

True, there is a lot to criticize about Apple. The tightly controlled environment. The secrecy. A certain arrogance of some of its promoters. My friend Bernhard had a quite nasty experience in the early days of iTunes. But after all Apple does what every company should do: maximize profits and controlling their market segment. Only with the addition that Apple tries to do this with perfect products, while other market participants seem to have lower standards for themselves.

On May 1st I turned a new page in my professional career. I started working with an exciting new startup company, and I switched from PC to Mac. Im looking forward to an exciting ride.